I'm encountering an issue with trying to get Spine 2D to work with Visual Effects. 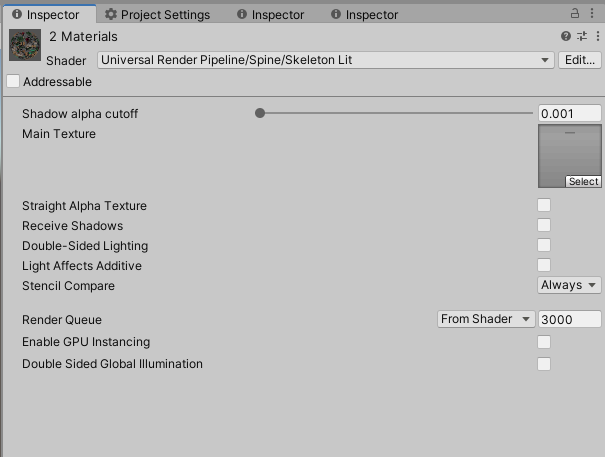 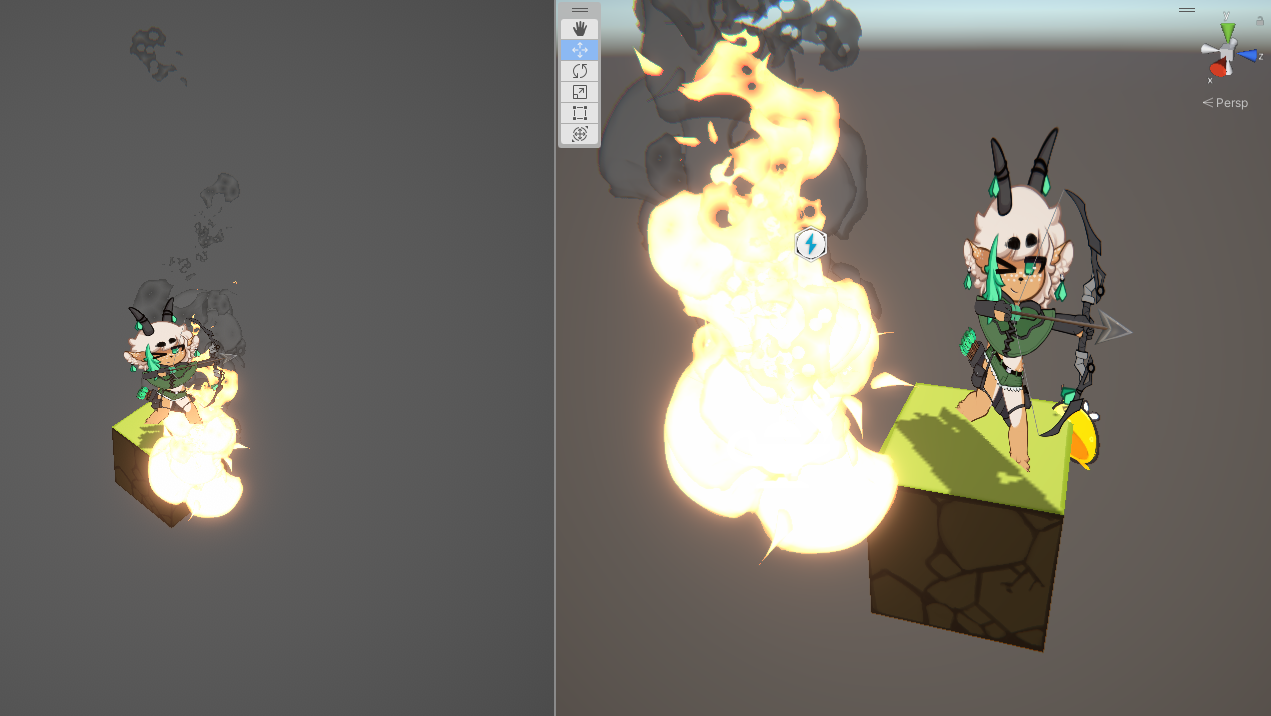 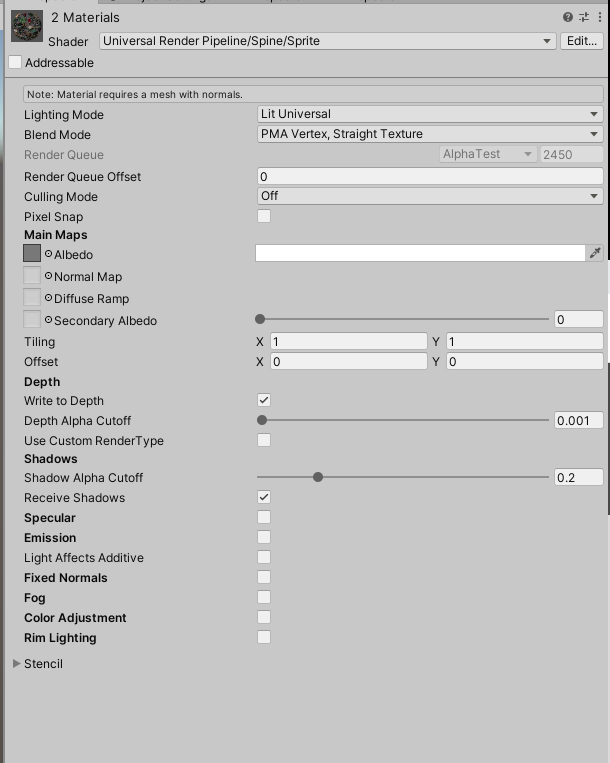 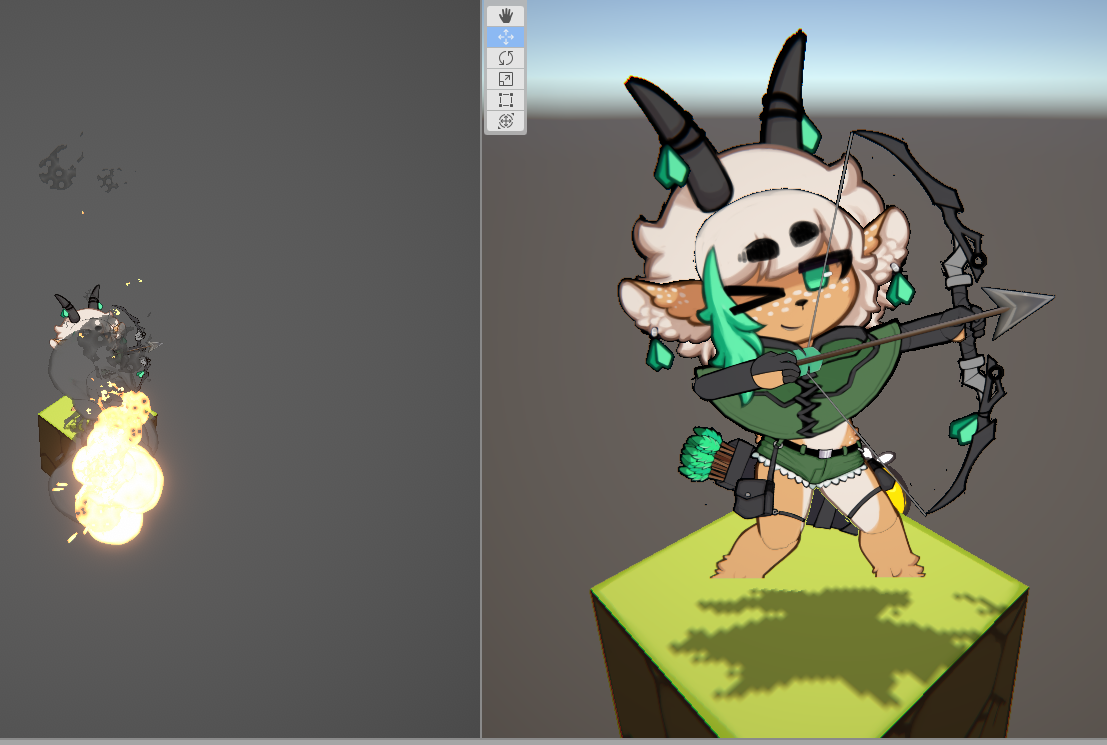 Is there a way to either use URP Skeleton Lit with write to depth or somehow remove the weird lines on the URP Sprite Shader?

Here is also the skeleton animation component if that helps 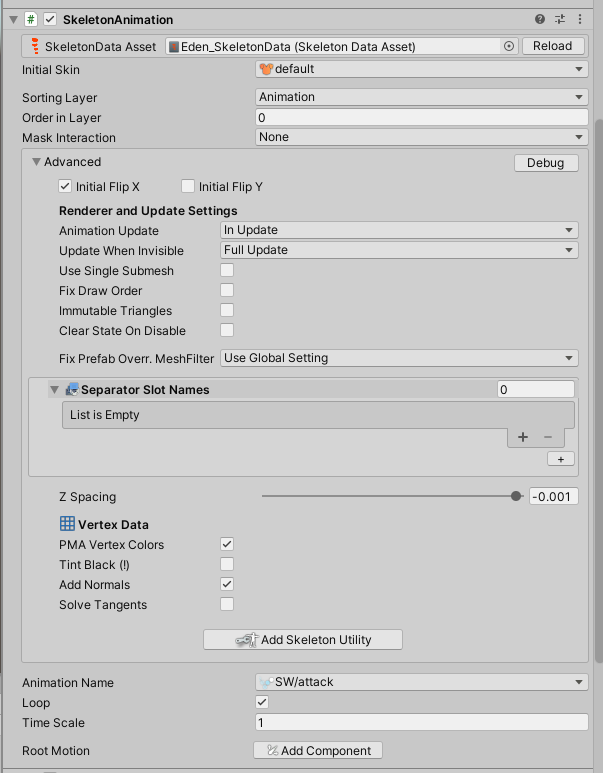 A slighly better solution would be to additionally allow a parameter to invert the draw order (from "front to back" to "back to front") in the MeshGenerator class for this skeleton. Unfortunately this requires some modifications to the spine-unity source code. If you really want to go down that road, a forum thread describing necessary code changes can be found here (also including English translation):
Unity3D 에서 불투명한 스파인 리소스가 겹치는 문제
Nevertheless this solves the problem only within a single skeleton, not when multiple transparent ones are overlaid in a scene. This is unfortunately a general problem with how the Z-buffer works.